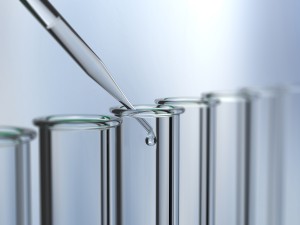 Water Testing in Medford and Grants Pass OR

The United States Environmental Protection Agency (EPA) has developed and approved laboratory testing methods to be used in the analysis of wastewater, drinking water, sediment, and other environmental samples that are required under the authority of the Clean Water Act (CWA) and the Safe Drinking Water Act (SDWA). These methods are published as regulations at Title 40 of the Code of Federal Regulations (CFR). The EPA publication SW-846 entitled Test Methods for Evaluating Solid Waste, Physical/Chemical Methods, is the Office of Solid Waste’s (OSW) official compendium of analytical and sampling methods that have been evaluated and approved for use in complying with the Resource Conservation and Recovery Act (RCRA) regulations. We provide water and well water testing in Medford and Grants Pass, OR and beyond.

Standard Methods
Various offices of the EPA publish laboratory-testing methods that outline procedure, equipment, documentation, and quality control requirements. Members of our staff at Neilson Research Corporation monitor changing regulations and adhere to the most recently approved standard methods. Wastewater, drinking water, sediment, and other environmental samples are handled and tested exactly according to the EPA’s published standard methods.

Laboratory Equipment
At NRC our scientists evaluate your sample with highly technical and carefully calibrated equipment, including the following:

Gas Chromatography (GC)
Specifically gas-liquid chromatography – involves a sample being vaporized and injected into a chromatographic column then transported through the column by a flow of inert gas. The constituents of a solution are separated by their migration rate through the column due to differing molecular weight, size, and charge. Once separated, they may be analyzed via a number of different techniques including:

High Performance Liquid Chromatography (HPLC)
Like GC, HPLC separates a solution into its constituent compounds. The solute can be manipulated through different solvents and phases. As a result, HPLC is highly versatile and has the ability to separate a wide variety of chemical mixtures. As with GC, once the constituents of a solution are separated, they then can be analyzed by a number of different detectors including:
• Diode Array Fluorescence detects molecules by absorbance readings at multiple wavelengths
• Ultraviolet Spectroscopy (UVS) detects molecules by change in ultraviolet field

Cold Vapor Atomic Absorption Mercury Analysis (CVAA) A Tin (II)
Chloride salt is used to create ground state mercury atoms at room temperature, which are then quantified based the absorption of light by the mercury atoms.

Segmented Flow Analysis (SFA)
Colorimetric determination (concentration based on intensity of color change) is used to quantify a number of different chemicals including nitrate, nitrate, cyanide, and ammonia that may be present in a sample.